Aurochs come back to Belarus under rewilding project 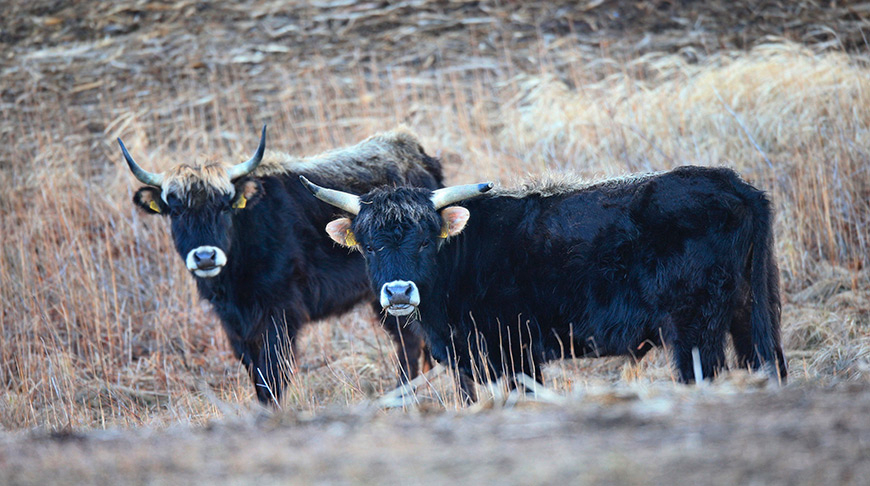 TUROV, 3 March (BelTA) – Aurochs have been returned to Belarus as part of the initiative to restore biodiversity of floodplain meadows in Zhitkovichi District, BelTA learned during a press conference in the district.

The initiative has been implemented since 2017 in line with the UNDP project. Fifteen bulls of the Heck cattle breed were brought to the floodplain meadows of the Pogost natural area (the Srednyaya Pripyat nature reserve) from the Latvian national park Kemeri.

According to specialists, this breed was the result of the artificial selection method known as breeding back. The breed is the closest to the extinct aurochs that used to inhabit this territory. The last of the European aurochs disappeared in 1627. In the 20th century, the Heck brothers from Germany attempted to breed back this sturdy cattle breed. The animals brought to Belarus from Latvia are the descendants of the breed by the Heck brothers. 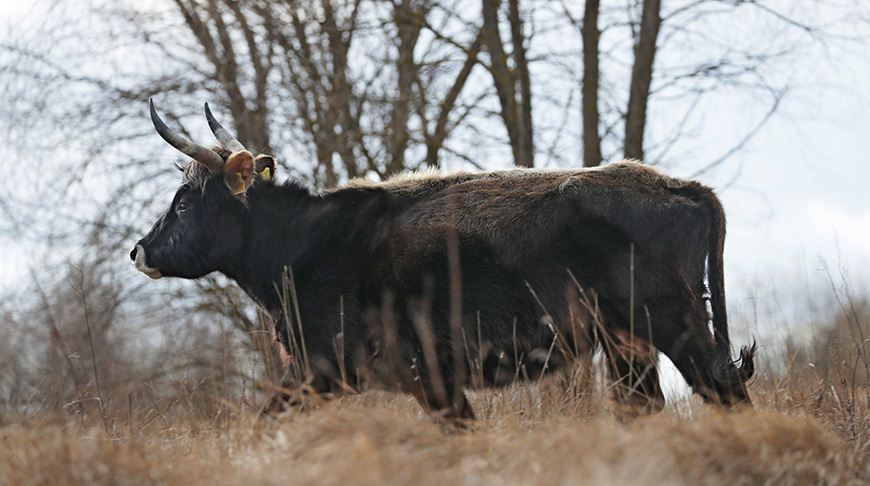 The aurochs were released into the wild after veterinary checks and a quarantine a month ago. Their free-grazing territory covers 200 hectares of floodplain meadows in the area of the rivers Pripyat and Stviga. The Turovshchina company noted that all adult and young animals accustomed to the new place well.

Belarus hopes that this step will help solve the problem of restoring floodplain meadows which is also important for many European countries. In the past decades, due to the reduced traditional agricultural use, Belarusian floodplain meadows have started to overgrow with shrubs and lose their attractiveness to various animal species.

The Srednyaya Pripyat nature reserve is currently testing a method of sustainable management of floodplain meadows with the help of cattle grazing and mowing. According to specialists, the traditional use of meadows will help restore and preserve the key nesting sites of rare bird species and the largest European clusters of migratory species in Turovsky meadow. 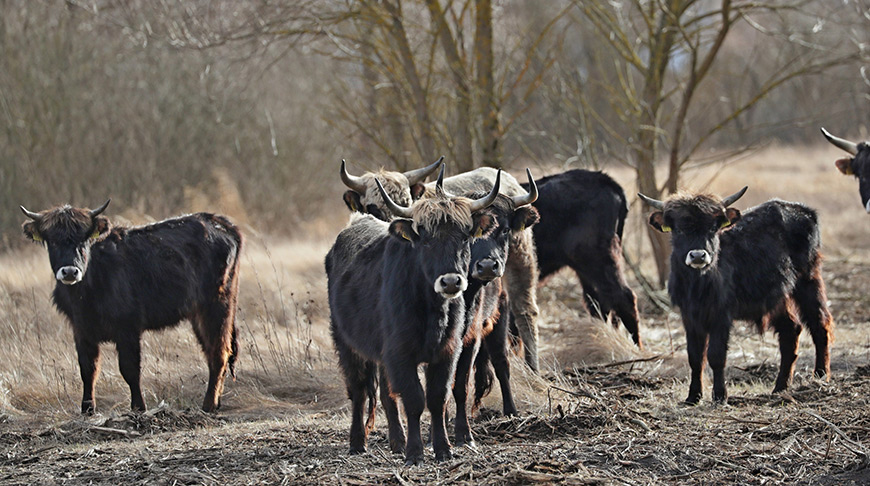 The project also covers the technical aspect. The Turovshchina company supplied the Belarusian nature reserves Sporovsky, Naliboksky, and Zvanets with new special equipment worth $600,000 in line with the UNDP Wetlands project. Its use will help prevent floodplain meadows from overgrowing with trees and shrubs and restore globally endangered species. The new equipment will allow to clear 560 hectares of floodplain meadows in Zhitkovichi District.

Belarus' Deputy Minister of Natural Resources and Environmental Protection Aleksandr Korbut spoke about the importance of preserving ecosystems. Due to various reasons, around 500,000 hectares of land across Belarus is out of agricultural use. “The implementation of such projects with support of international organizations helps restore and preserve ecosystems,” the deputy minister stressed.

“It is symbolic that we are demonstrating the results of the rewilding initiative at the floodplain meadows of the Pogost natural area today, on the World Wildlife Day which is celebrated annually on 3 March,” UNDP Resident Representative in Belarus Alexandra Solovieva said. “The return of aurochs to Belarus under the Wetlands project is one of the practical steps that Belarus has taken at the national and regional levels to preserve ecosystems and wildlife. It is an example of a transformational decision which uses the latest technologies and traditional practices,” she added. Alexandra Solovieva noted that protection and restoration of natural resources is one of the priorities of the Belarusian government, which will be reflected in five-year programs and strategies. 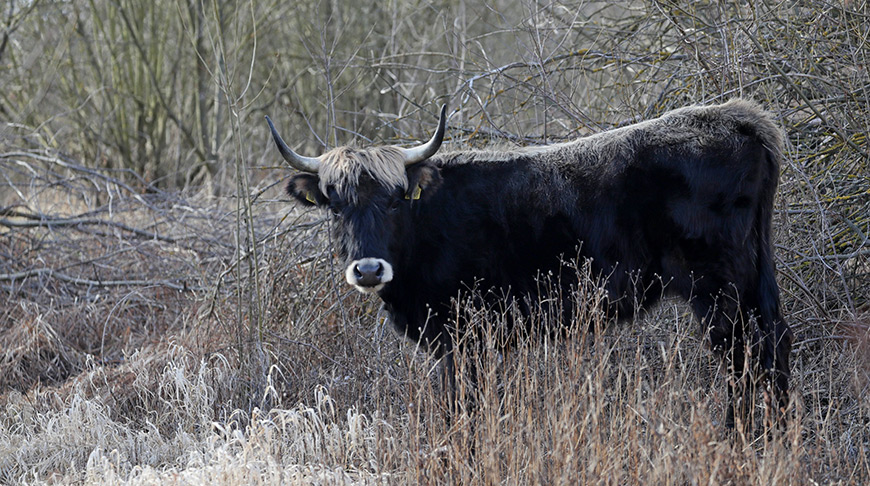 The Wetlands project is funded by the Global Environment Facility and implemented by the United Nations Development Program in partnership with the Belarusian Natural Resources and Environmental Protection Ministry and the Turovshchina company, one of the key partners of the project.

This method was previously tested in many European countries. Similar initiatives were implemented in the Netherlands, Spain, and Latvia. Many rewilding programs get further cross-border development. For example, the Netherlands share cattle with other countries for free. In turn, those countries promise to share animals with new countries after their number increases. The Dutch Heck bulls first were brought to Latvia, and then to Belarus.

Photos courtesy of the UNDP